I love a bank holiday Monday because my boyfriend (remember when I said I was gonna call him TJ, I can’t stick to it, it just feels weird!) usually has work which means that I am super productive – especially with my blog. This bank holiday Monday was no different and I managed to get loads done. I created my content calendar for June – I always try and make a calendar but it’s safe to say I rarely stick to them. I really want to focus harder on my blog and really make something of it. At the moment I feel like it’s such an afterthought to my life but I really want it to be more than that. I managed to write two posts, last weeks journal and a rundown of my Go Ape experience with my sister. I also managed to have a look through my boyfriend’s computer where I found some photos that I forgot he had taken which I can’t wait to share on my Instagram page. I also decided to break the day up a little bit by doing some baking, I have been trying to create a mini bucket list of things that would be fun to do each month but I haven’t been so successful at completing them. One of the things that I had down to do in February was to make a yummy valentines pink and red pavlova but I never got around to it so I finally decided to give it ago today. It was so yummy and there is definitely a recipe coming soon. 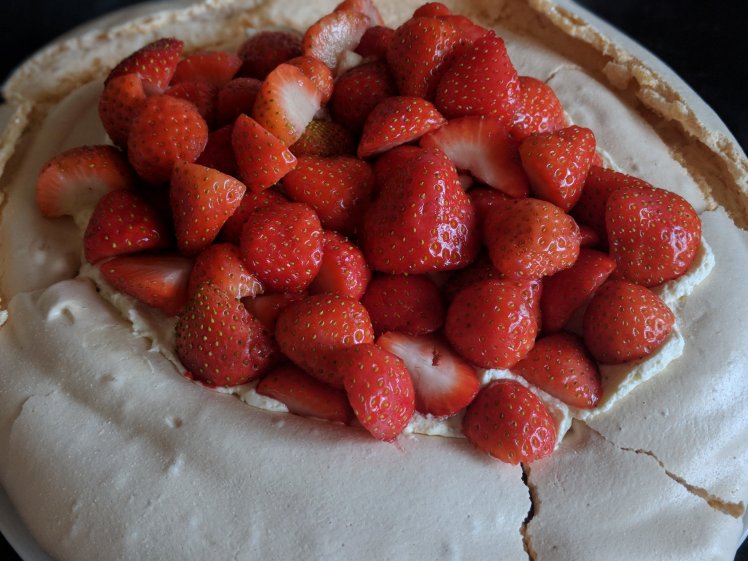 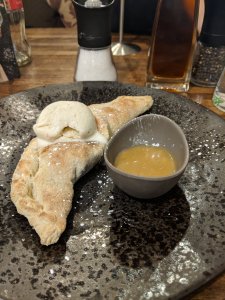 I was working in the office on Tuesday and I managed to get all of my work done, there’s always such a great sense of achievement when I manage to get every single thing ticked off my list in the office. After work, my friend asked if I fancied going for dinner and we went to Zizi’s. I had the yummiest cheese filled pasta followed by a banana and chocolate calzone which was insane! It was so much fun to just eat good food and really catch up – even though we see each other every day at work there isn’t always chance to catch up properly. Once we had eaten we ended up deciding to go to the cinema and we watched Rampage with Dwayne Johnson in it and I really didn’t expect to enjoy it but it was so good.

After work on Wednesday my boyfriend came to meet me because we had a flat viewing arranged, just as he arrived he got a phone call to say the estate agent was running late so could we push back our viewing to a bit later. Since we were already in town we decided to head to a new pub that has opened for some food. I got battered halloumi and chips with mushy peas and it was so yummy! It’s always nice to eat something we don’t have to cook or wash up after having lived together for quite a while now!

It was half term last week which is always a pretty quiet time for my nursery because lots of the children don’t come in so it meant I was able to put up some cool display boards that I have been thinking about for a little while. Luckily, because it was quiet, my manager let me nip out of work for a little bit to go and see another flat.

Friday was a pretty quiet day in general, my boyfriend cooked dinner for me and I picked up some strawberry and prosecco crumbles to have for dessert which was just the yummiest! We watched the last of the Britains got talent semi-finals and I enjoyed reading a bit more of the Lemon Tree Cafè which I have now finished and will definitely have to write a review of soon!

I dropped my boyfriend off at the station, as he had to

work this weekend before I went to get my eyebrows waxed. I always swear by waxing because I would much rather pay someone who knows what they’re doing to make my eyebrows look fabulous rather than butcher them myself! Unfortunately, the girl who I love to do my eyebrows is leaving to have twins so I ended up with a different girl who was very young and did not do my eyebrows how I like them at all. What I mean by that is, she waxed them a lot thinner than I usually go, they’re both completely different shapes and I’ve somehow ended up with a couple of holes in each one! Luckily they don’t look so bad once I fill them in with brow powder but it’s safe to say I won’t be having any no make up days for the next few weeks until they grow out! After that disaster, my boyfriend’s mum and I went to look at a flat which my boyfriend had already seen and already loved. Once we went back home and had some lunch I text my friend and we both went to Lakeside to do some shopping for birthday presents. I love shopping for gifts for other people so it was fun to pick out things that I knew my boyfriends mum would love.

I can’t believe how lucky we have been with getting all of the lovely weather on the weekends! I woke up and I put on a new Disney top which I got from Primark on Saturday which is so cute! I dropped my boyfriend at the station for another day of work before I came home and had tea and toast in the sunshine. My boyfriend and his mum went to see another flat which was adorable but way too small for two of us so we decided to do some food shopping and then head home to enjoy the sunshine. I managed to finish my book and then sat and wrote up a bunch of blog posts once it was a bit cooler outside.

What was the highlight of your week?